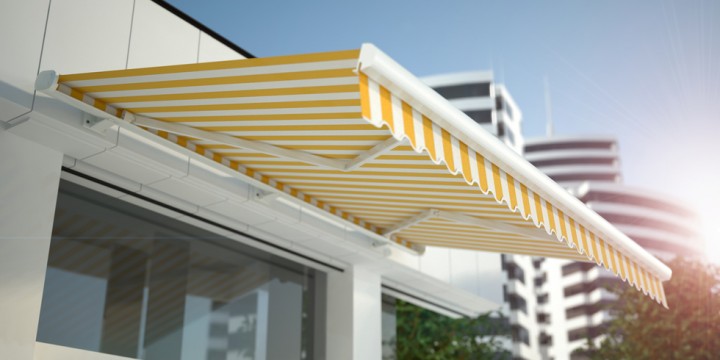 Experts are warning of the extreme consequences of an increasingly fast-moving textile market: With decreasing appreciation, the willingness of consumers to spend money will also decrease over the long run. Textiles are at risk of degenerating into cheap disposable articles — an assumption confirmed by a 2015 Greenpeace survey — with drastic consequences for the environment. One possibility for actively counteracting this negative tendency is to invest in high quality and sustainability. Particularly in Germany, manufacturers still attach importance to high-quality materials, but these often wear out prematurely due to incorrect care by customers. In this case, nano sealing at the factory is advisable: The biodegradable nanopolymers used attach themselves to the fibres and pores of the surface to be protected and ensure that neither water nor dirt is able to penetrate. What this means is that articles such as shoes, bags, and home textiles remain clean and in mint condition for a longer period — without influencing the appearance and feel of the finished product.

The hydrophobic finishing of textiles brings with it enormous advantages: For one, it effectively prevents the material from becoming soaked, and for another, it takes longer for the treated products to become dirty. Currently, the most frequently used form of hydrophobic treatment is impregnation — but it is getting an increasing amount of competition from nano sealing. "The most important difference between nano sealing and impregnation is — as

the name already suggests — the size of the individual structures", explains Mike Friedrich, inventor and manufacturer of the sealant "Nanotol". "While silicones form a 'layer' in impregnation, the nanoparticles with a minuscule size of approximately a billionth of a meter are able to encapsulate and penetrate each individual fibre." This means that unlike impregnation, they are not only invisible, but also do not change the haptics of the product at all.

But even between individual nano sealants, there are huge differences. "Many sealants are chemical in nature. This may result in either the surface being damaged or reactions taking place which release foul-smelling or in some cases toxic gases or aerosols", explains Friedrich. In the case of Nanotol, however, the entrepreneur attaches great importance to a particularly gentle mechanism of action. It is a water-based sealant that is a hybrid of silicon dioxide (SiO2) and polymers. When Nanotol is applied to a surface — whether leather, cotton, or polyester — the particles "dock" to it without changing it chemically. Because Nanotol does not contain any fragrances or colourants, the seal is invisible to humans once it has dried.

The nanoparticles on the surface ensure that dirt and water are no longer able to come directly into contact with the fibres and penetrate the textiles. Due to the large angle of contact, the liquid does not soak into the textile, but instead simply rolls off it. Hence, it can easily be wiped off with a dry cloth or in the case of more stubborn dirt, with a damp microfibre cloth without leaving any traces on the fabric. "Even wine stains can easily be removed with a paper napkin with this treatment", remarks the inventor.

Before treatment with Nanotol, the textiles should be free from dirt and surfactants. Due to this, factory sealing is particularly expedient. This can easily be integrated into existing production processes: "One of our customers, for example, fills the rotational nozzles which are usually used for dyeing with Nanotol, allowing his products to be completely coated. Subsequently, the parts are dried", says Friedrich, describing the process. Generally, application via industry-standard airless or spraying procedures is not a problem.

Where necessary, CeNano GmbH & Co.KG, the company founded by Mike Friedrich which produces and distributes Nanotol, provides manufacturers with application support and assists its customers with the development of custom quality assurance measures. "This is necessary because there have not been any official methods for verifying effectiveness to date", explains Friedrich. Tests such as water column tests are not very meaningful, as they merely test impermeability. However, because Nanotol only coats individual fibres and does not seal off the spaces between fibres, sealed textiles are open to vapour diffusion and hence not waterproof under pressure.

If the sealing is not damaged by surfactants — such as in the form of cleaning or washing agents — the effect generally lasts for several months, or even years if it is refreshed regularly. Due to this, it is particularly suited for technical as well as home textiles, coats, and shoes. On the other hand, the treatment of articles of clothing that need to be washed frequently, such as T-shirts and pants, is not advisable. Because Nanotol has been conceived such that no undesirable substances are released into the environment, it is entirely

non-hazardous and food safe. The relevant values are ten times lower than those mandated by the statutory values prescribed by the Food, Consumer Products, and Animal Feed Codes. Furthermore, Nanotol is Oeko-Tex 100-certified and biodegradable. In this manner, Nanotol contributes to extending the lifetime of textiles without polluting the environment.

The term "nanotechnology" was used for the first time in the 70s. It refers to the targeted analysis and manipulation of materials in the nanometre range — i.e. 10−9 m. Within this minute size range, the properties of the materials change in certain ways: They no longer just follow "classical" physical laws, but instead increasingly the laws of quantum physics. This means that nano-sized materials e.g. become transparent or can act as binding agents. Hence, this technology opens up numerous new possibilities — in particular for product development, which is why it is already being used in a wide range of industries — from the chemical and cosmetics industries to textile manufacturing and processing to the electronics industry. 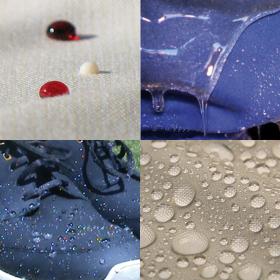